We Can We Learn From Tesla, Uber and Papa John's About Great Leadership? 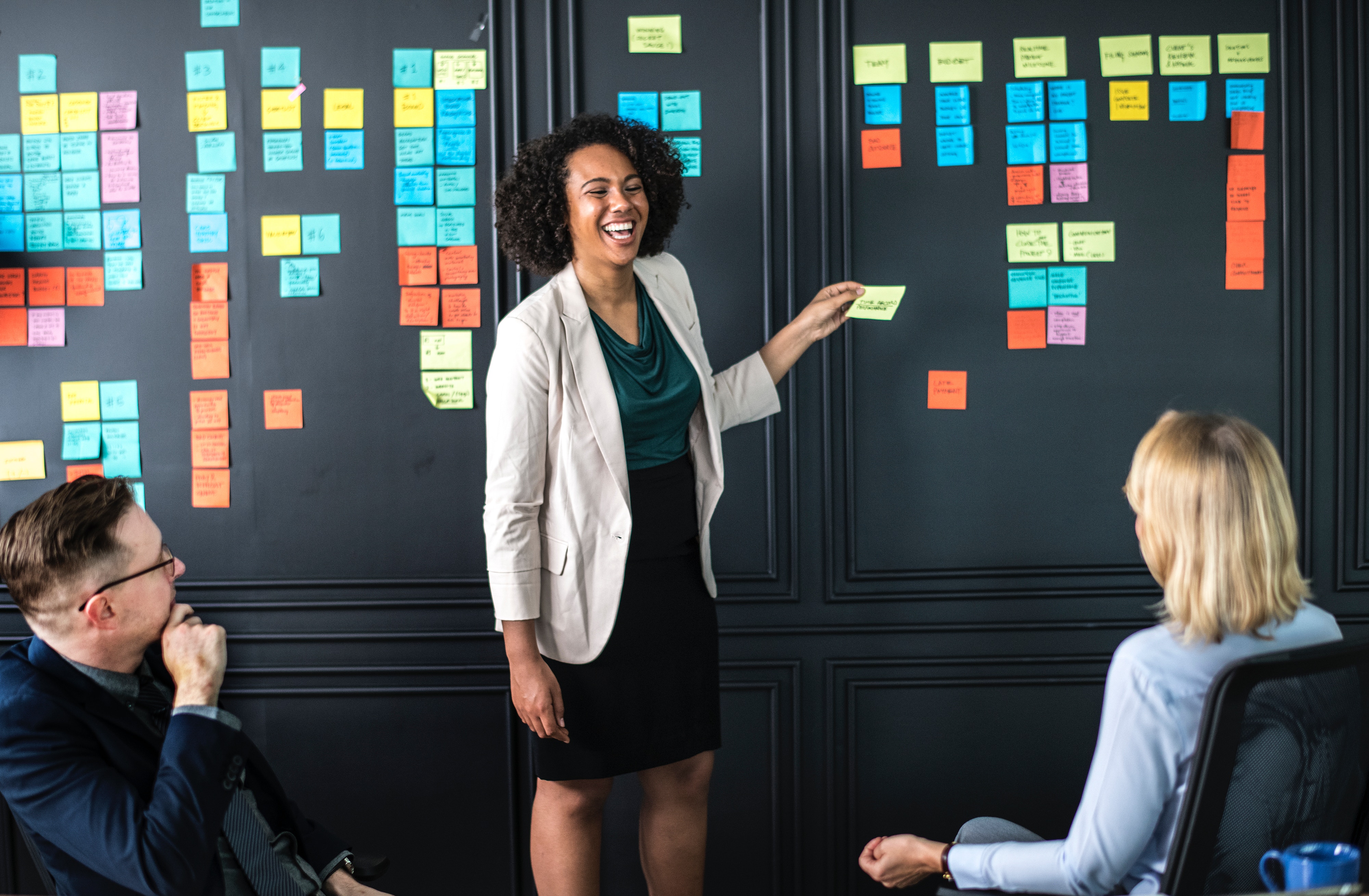 Leaders come in all shapes, sizes and styles. While there is no manual for what makes a great leader, certain traits of great leaders are easy to identify. Whether the leader is the gregarious promoter, the charismatic charmer, the tireless creator or the quiet perfectionist, possessing certain attributes help leaders rise to the top and draw people toward them.

Interestingly, 83% of organizations say it is important to develop leaders at all levels yet only 19% of organizations say they are “very effective” at developing leaders and only 5% have fully implemented development at all levels. If these numbers are even close to being accurate, there will be a definite need for leadership development sooner rather than later. (All stats sourced from Robert Velasquez’s infographic entitled 13 Shocking Leadership Development Statistics.)

According to Ron Price, internationally recognized business advisor and author of Growing Influence, there are three types of leadership: positional, expert and character. A good leader will possess strength in all three areas.

Positional leadership refers to a leader’s title. CEO, Director and Manager all indicate a level of leadership through the title they possess. These leaders have a natural following due to their title, but it’s a following that follows the title, not the person. Once the person relinquishes the title, they often relinquish the following.

Expert leadership speaks to a person’s specific skills that allows them to ascend to a leadership role. The skill(s) can be technical or otherwise. A high-tech computer programmer, a football coach, a dance instructor and a fantastic public speaker can all be great leaders. It’s not the area of expertise that matters, it’s the fact that they possess some form of expertise that fits the position they lead.

Arguably the most important aspect of leadership may be character leadership. This refers to the values a person possesses and attempts to live by every single day. Values are aspirational in nature, making the quest for developing character more of a journey than a destination.

A person’s character will dictate whether or not he or she can keep the respect and admiration of their followers.

Countless examples exist of people that ascended into leadership roles, made a huge, positive impact and then found a way to throw it all away in the blink of an eye. A few that come to mind are “Papa” John Schnatter, Elon Musk and Travis Kalanick.

Schnatter’s indiscretions during a conference call are well documented and, in one ill-advised moment, he essentially lost what he spent a career building. Regardless of his intent, his lack of good judgment - also known as lack of self-regulation - cost him millions of dollars, his position as chairman of the company and forever tarnished his reputation.

Musk became the face of Tesla after amassing a small fortune through his previous venture, PayPal. His wild personality and comfort with taking huge risks - the very things that made him successful - may also end up being his downfall. A slanderous, ill-advised Tweet coupled with smoking marijuana during a podcast cast doubt among many of Musk’s followers regarding his ability to ably lead a forward-thinking company such as Tesla.

News outlets documented Kalanick’s lack of judgment on multiple occasions, that cast doubt on his ability to lead, and eventually leading to his ouster as CEO of Uber.

What do these extremely successful and hugely popular leaders have in common? How did they rise so high and fall so far? A common theme among the three is a lack of self-regulation. Taking time to think things through before acting may have served all three well, and may have helped these leaders retain their valuable, high-profile leadership positions, not to mention avoiding tarnishing their reputations.

It takes only a moment to ruin a lifetime of hard work, which illustrates the importance of having a well-developed sense of self-regulation, especially for leaders in the public eye.

Volumes can be written about what makes an exceptional leader, but a few common threads consistently reveal themselves in the fabric of great leaders that separate them from the rest.

As the examples above illustrate, it takes very little to sabotage so much. Being both self and socially aware helps a leader to act with a self-preserving level of emotional intelligence that will be well served in moments of stress. Those who make great leaders think about others before themselves, act according to the situation and take the time to think before speaking. The best leaders lead with logic, follow with emotion. When in times of stress, sticking to the facts and eliminating, or at least reducing, emotion reduces the chances for escalation.

Anyone can put on a good front in the absence of stress. It’s those with a high-level of emotional intelligence that can keep their cool and react well under pressure when stress is at its highest. Those leaders earn the respect of their people due to never wavering from who they are and from what they represent. They understand their values and they live by them.

Respect is earned over the long haul. In order to build up a reputation as someone that can be counted on, being consistent is essential. No one respects a leader who is up one day and down the next. They want the rules of the office to be the same on Monday as they are on Friday.

Most importantly, employees want to know that everyone in the office is receiving equal and fair treatment. A great leader does not reprimand one employee for an infraction unless all other offenders are called out for the same offense. A respected manager won’t give perks to one employee and not another. Lack of consistency results in lack of credibility, a vital component necessary for a true leader to possess in order to keep the long-term focus of their people.

Trust is king. Without trust, a leader has nothing. Respect does not exist without trust, and if people cannot trust a leader, that leader is effectively without purpose. While failing at a task is a temporary setback, failing at honesty is permanent. A leader cannot win back a person’s trust once it has been violated. Anyone in a leadership position, or those aspiring to leadership roles, need to understand the importance of meaning what they say. Leading with integrity should always be goal number one for any leader.

Leaders gain respect when they set the tone by practicing what they preach. Proactively acting in ways they want their followers to act sends a message that the leader plays by the same rules they set. It shows they are no different from those who with a “lesser” rank. A manager who has his/her employees’ backs will have a more engaged workforce.  Employees work harder for a leader when they admire and have respect for that leader.

Any worthwhile leader will imagine being in the shoes of those around them. If he or she can’t empathize with the other person, they probably don’t have the wherewithal to lead. All people have good days and bad days, and they have struggles and issues that go far beyond the workplace. A leader needs to be empathetic to these daily struggles. A leader doesn’t have to fix an employee’s issues, they just need to understand these issues exist and be able to empathize. Sometimes all workers need is a sounding board. Having someone there to listen goes a long way.

Optimism is also something that attracts people to a good leader. Regardless of the ebb and flow of daily life, a great leader finds a way to stay positive and rallies around a value of optimism. They become known as someone who makes people feel better; someone people can go to for positive inspiration. A few simple encouraging words can be all it takes to make a person feel appreciated, instantly lifting their morale and their productivity.

No manual exists for becoming a great leader. Becoming a great leader takes time, experience and lots of practice. However, not all great leaders have titles. A person who gives more than they take, who can maintain a high level of emotional intelligence day in and day out, and one who consistently exhibits these five traits mentioned above can be an excellent leader regardless of their title in the workplace. 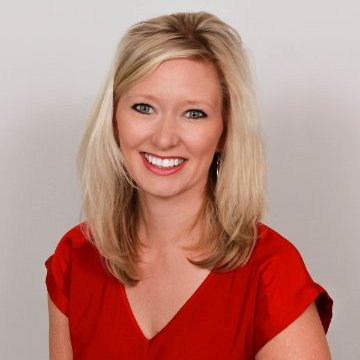 Ashley Bowers is the President and Chief Strategy Officer for TTI Success Insights Global Consulting. Possessing over 30 years experience in the management consulting and organizational growth industry, Ashley loves to empower teams to achieve success and drive profits through unique strategic planning. She is the founder of the Messy Strategy movement.

Improve Your Coaching Skills with a Growth Mindset

What Do You Really Want?