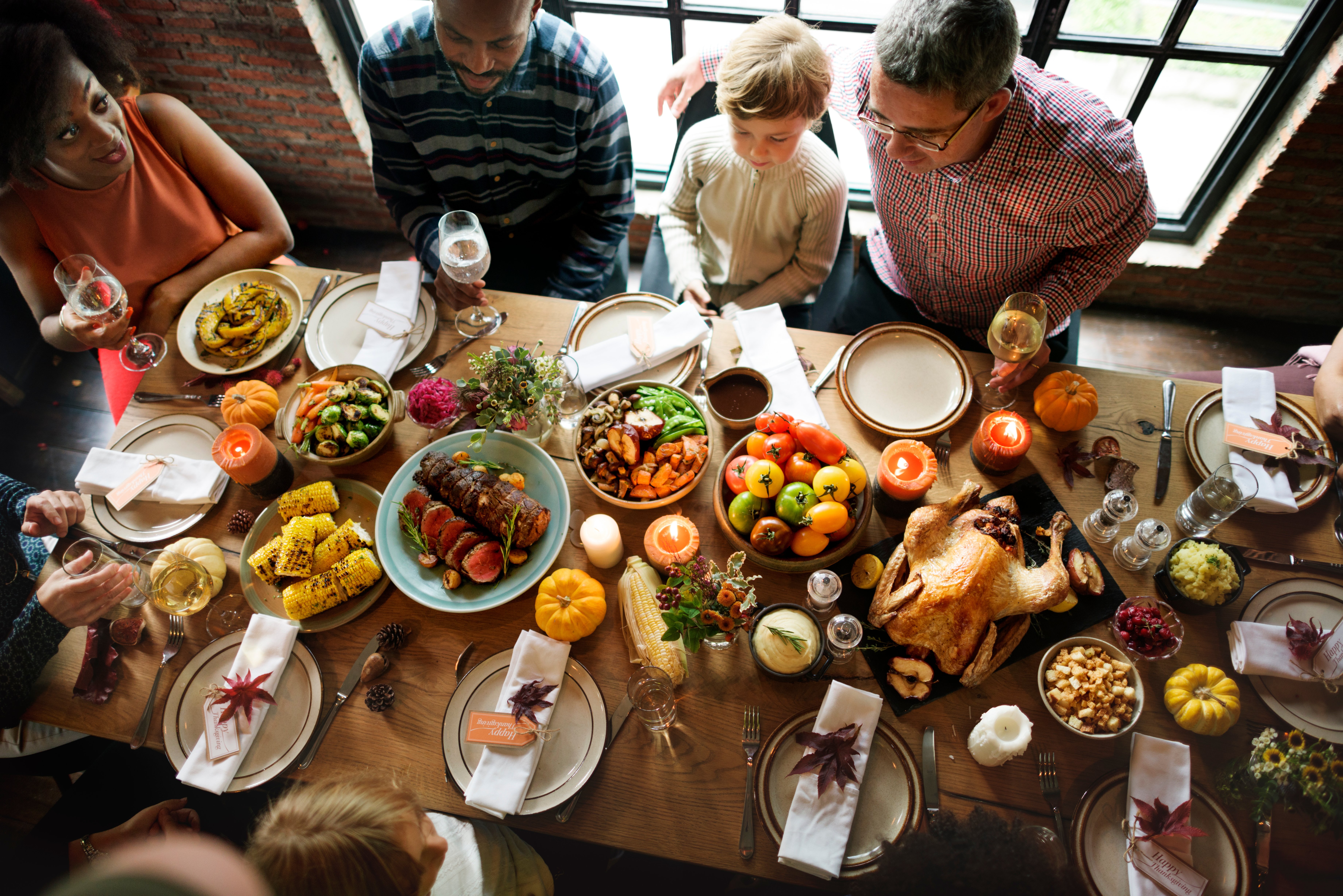 Thanksgiving Day. For some, it’s a day they look forward to months in advance. For others, it’s a day of dread. Thanksgiving Day dinner can evoke emotions that run the gamut, depending on what family you come from and your specific personality.

Think about the main characters in the story of your life. Maybe it’s cousin Susie, the nurse who loves to talk like she’s being paid by the word. Or uncle Donnie, the energy-filled entrepreneur who loves nothing better than throwing a great party. Perhaps it’s aunt Helen, the librarian who generally likes people, but never leads the conversation, preferring to converse on her terms. What about brother Bob, the perfectionist engineer? He’s the one who insists that everything must be done a certain way to exact specifications. This includes cooking the turkey at exactly 375° degrees, for exactly four hours and twenty minutes; not a degree or minute on either side of that equation.

Are there certain people you gravitate toward on this holiday while there are others you try to avoid? Why do you think that is?

Most families don’t have the luxury of taking behavioral assessments. If they did, these assessments would uncover interesting insights about each other. These insights could not only aid in having better holiday interactions, but possibly lessen some of the annual family drama.

If your family could take behavioral assessments, what would they reveal?

DISC is a common behavioral assessment that measures four unique factors of behavior. While the majority of people have some level of all four factors, just about everyone has one behavioral style that is more prominent than the others. These styles are easy to identify once you understand what each behavioral style entails.

The Dominance style, the D in DISC, describes uncle Donnie. Fast-paced and driven, Donnie has boundless energy and loves to get immersed in projects, sometimes juggling several at a time. Always on the go, it’s hard to keep up with him. Wherever he goes, there’s usually a buzz of activity in his wake.

Cousin Susie is the quintessential Influencer, the I in DISC. The Influencers are all about people. The presence of people energize those with a high-I behavioral style. When Susie enters a room, she quickly scans to see where the people are. Immediately, she’ll make a beeline straight to the first person she sees, regardless of who it is, to start up a conversation.

Aunt Helen defines the Steadiness behavioral style, a person who likes to go with the flow, at her pace, never rushing into things. Helen likes people, but she wants a little time to observe their expressions and mannerisms so she can gauge the vibe of the room. While she may be much less gregarious than cousin Susie, she’s got a heck of a poker face during the after-dinner game of cards, because she never gets too excited. She’s hard to read, unlike Donnie and Susie who often give it away when they get dealt a great hand.

Bob knows how to throw a good party, and his attention-to-detail is second to none. The decorations are color-coordinated, the meal is prepared with Swiss-time precision and the holiday beers and wines perfectly compliment the entrees in both color and flavor profiles. Bob may not be the most social character, but no one is more focused than Bob. That’s because of his Compliance behavioral style, a style that focuses on details, processes and “rules” for accomplishing tasks.

If your family understood the different behavioral styles, how would it change Thanksgiving dinner?

Based on what we now know about our four main characters, how do you think everyone might get along? Donnie and all his energy might be a little much for Helen and Bob. Bob’s task-first focus may be a put off to the talkative Susie. Susie’s gift of gab may irritate Bob who has last-minute details to complete. If each person understood the basic concepts behind DISC, and what those behavioral characteristics meant, they may be able to adapt, making the other person more comfortable.

When you adapt behavior to the other person’s terms, that person becomes much more open to interacting with you. Donnie and Susie would be well served to ease into a conversation with Helen and Bob. Bob would benefit from being more open to Susie’s ramblings. Helen could prepare herself by having a quick response for Donnie and she could connect with Bob by commenting on his perfect Thanksgiving presentation, because, as his own harshest critic, Bob may judge himself and his presentation much more negatively than he should without some positive reinforcement.

This Thanksgiving, take what you now know about DISC and figure out which of the four styles you identify with most. Then, identify which of the four behavioral styles are present at your family gathering. For fun, try to adapt to the various styles, and watch how the people respond to your attempts to communicate with them on their terms. You may be pleasantly surprised with what you find, and you might even be the reason that your family has a successful, drama-free Thanksgiving celebration.

Learn more about DISC and how to determine a person's prominent behavioral style with this informative eBook about DISC non-verbal cues.

Natural vs. Adapted DISC Graphs: What You Need to Know