Important Distinctions Between EQ and IQ 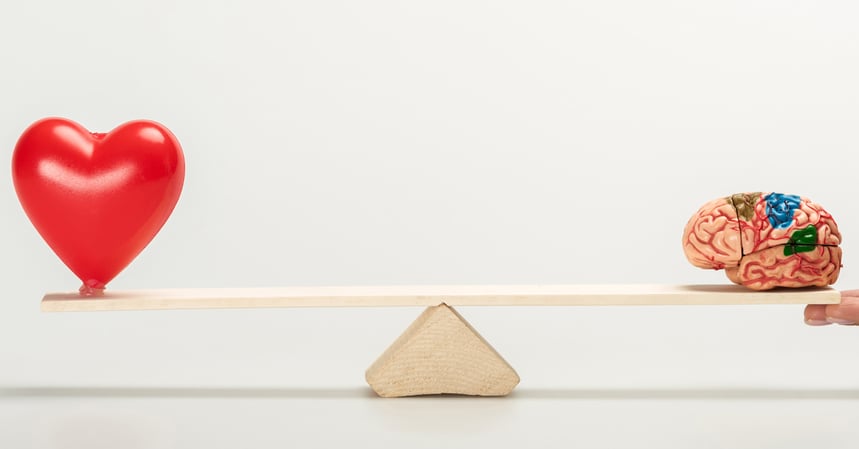 EQ and IQ are terms that are often confused and mistakenly used with each other. However, there are some very important distinctions between EQ and IQ. IQ is known as “Intelligence Quotient” and it’s a measure of a person’s relative intelligence. Emotional Quotient, also known as EQ, is the ability to identify and manage your emotions and the emotions of others. The sky’s the limit for a person who excels in both areas.

Merriam-Webster defines IQ as “a number used to express the apparent relative intelligence of a person. Determined by either the ratio of the mental age (as reported on a standardized test) to the chronological age multiplied by 100 - or a score determined by one's performance on a standardized intelligence test relative to the average performance of others of the same age.”

A person scoring below 70 is typically considered to have an intellectual disability, while those scoring over 145 are considered genius or near-genius. While it’s technically possible to score at or above 180, two-thirds of the population have an IQ somewhere between 85-115.  IQ can change over time depending on a person’s propensity to learn new concepts.

Emotional Quotient (EQ) is defined as an individual’s ability to sense, understand and effectively apply the power and acumen of emotions to facilitate higher levels of collaboration and productivity. EQ is often referred to as emotional intelligence as the terms are interchangeable.

Research shows that successful leaders and superior performers have well developed emotional intelligence skills. This makes it possible for them to work well with a wide variety of people and to respond effectively to the rapidly changing conditions in the business world. In fact, a person’s emotional intelligence may be a better predictor of performance success than intelligence.

Emotional Intelligence is measured through assessments. A person answers a series of questions, and in doing so, earns a specific score for each of the five individual sub-categories that make up EQ, as well as an overall score. Like IQ, a person can focus on specific areas of EQ and work to improve their scores.

The stronger a person is in each of these areas, the better chances he or she possesses to achieving greatness in most situations.

The three internal hallmarks of emotional intelligence pertinent to self are:

Externally, EQ is a measure of what goes on between you and others.

How to Gauge EQ

Unlike very observable behavioral styles, EQ is best measured through the use of assessments. Based on the answers to questions, a person will score somewhere between 0 and 100. The higher the score, the higher the EQ.

Understanding a person’s EQ, along with knowing their natural behavioral style and their drivers can help paint a clearer picture of what that person is all about and how they will likely behave in certain situations.

Daniel Goleman is a leading voice in the field of emotional intelligence. Author of the New York Times bestseller Emotional Intelligence and Social Intelligence: The New Science of Human Relationships. Dr. Goleman is an internationally known psychologist who lectures frequently to professional groups, business audiences, and on college campuses.

Working as a science journalist, Goleman reported on the brain and behavioral sciences for The New York Times for many years. His 1995 book, Emotional Intelligence (Bantam Books) was on The New York Times bestseller list for a year-and-a-half; it is available around the world in 40 languages.

Dr. Izzy Justice, is a noted author and leading voice in the field of EQ. He is a sought-after advisor known for providing thought leadership and talent management in the workplace.

Dr. Justice is a strong believer that just the way an athlete tires during sport, our minds and cognitive abilities tire throughout the day and may be less effective as the day goes on. He refers to this as emotional fatigue. Learn more about about emotional fatigue and Dr. Justice’s recommendations for improving these areas in his blog entitled Emotional Fatigue.

The good news is that, just like your IQ, your EQ is not set in stone. While you may have areas in which you struggle today, with conscious effort you can improve those scores. Doing so will help you succeed in all situations, especially in business or social interactions.

Emotional intelligence is part knowledge, part restraint and part wisdom. Just as we spend years going to school to build our IQ, we need to spend time each and every day working on our EQ. Having a high IQ, without an equally high EQ, only gets us so far. But the combination of the two working in tandem can create limitless opportunities for someone proficient in both areas.