A case for diverse behavioral styles:    Self-starters are not the be all, end all 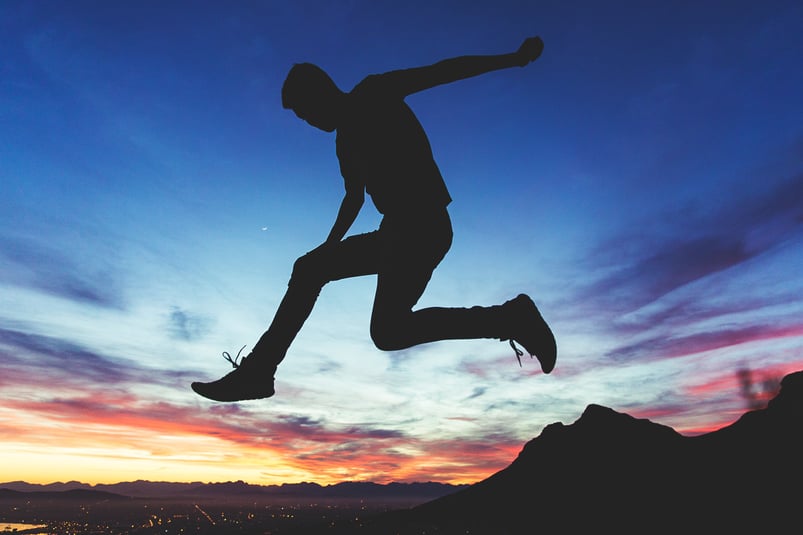 Self-starters are in a lot of job descriptions these days. But if you design a team consisting of all self-starters, your team will fail. While there’s a lot to be said about someone who can start a project without a prod from a supervisor, does this person necessarily have what it takes to finish? A self-starter certainly plays a role on a team, but this person will usually excel when in the company of complementary behavioral styles that fill in the areas where he may be lacking.

A team of point guards

Let’s face it. Any team, whether it’s on the field or in the workplace, needs balance. If a basketball team had five Stephen Curry’s in the starting lineup, they may score a lot of points, but they probably wouldn’t win many games. The defense would struggle, and eventually, the whole team would get frustrated because there wouldn’t be enough shots to go around. The same holds true on a workplace team.

Describing the different behavioral styles in the workplace

A balanced team will have a number of various behavioral styles that complement each other and every member will have areas of strength. The team may have a results-oriented member who looks for efficiency in completing the task. This person stresses urgency and tends to dive right in, often times before having all the necessary information they may need. To them, you can’t complete a project unless you get started so they worry about specific details later. The level of urgency is good for getting things started but creating balance by also utilizing someone who is slower paced, organized and calculated will help ensure that the project gets done. This is because the calculated person will ensure the team has all the information it needs to be successful. These two direct communicators get straight to the point, but at much different paces.

While the direct self-starter will jump in not fully prepared with all the details and may tend to only go "ankle-deep" into the project, the facts-based “compliant” worker will gather all the information first to be sure they are armed to complete the task the right way. The compliant worker will dive deep into the project and involve themselves in minute details. These two team members may clash from time to time, based on the pace at which they work, but once they learn to work well together, they will make a great team; with a built-in checks and balance system. The compliant worker is driven by facts and is all about organization. According to the compliant worker, the team needs to have a plan before getting started.

The team may also have the interactive influencer who has a lot of opinions and wants to share them, but is also concerned with keeping the peace. They suggest many ideas, but always in a suggestive, conversational tone. They gauge feedback from the more direct team members. While this person shares the fast pace of the direct self-starter they focus more on people skills instead of task completion. They can tend to be disorganized and their first priority is to keep the peace rather than to necessarily finish the project. While this person can sometimes disrupt the flow of a team’s progress, they can also be the ones who keep team members working together by putting people above tasks. They find answers through communication with other team members and tend to soften any blunt or straightforward communication between members.

Another team member may be known as the turtle, slow and steady, who seeks stability. People-oriented like the influencer teammate, this person has a much slower pace because they find comfort in staying the course and not having sharp speed fluctuations. They see the project as a system, and something that needs to be completed in full, so they take on a pace that will ensure they have the same energy at the end as they do at the beginning. The speed of the self-starter and the interactive teammate may make the steady worker (and the task-based compliant worker) uncomfortable, while conversely, they may want the turtle and compliant worker to speed up. But slow and steady will be productive throughout and ensure the project is completed to satisfaction.

How combining personality styles plays out in real life

How does having these four distinct personality profiles on the same team play out in real life? The dominant self-starter will need to realize that the compliant, task-oriented worker is going to want to have a plan. Diving in without all the facts is just not going to work for the compliant worker. Even between the people-oriented interactive and steady team members, pace is an area where conflict can arise. The interactive is fast and likes to move quickly, often times keeping up with the self-starter. This presents the ability to cause tension with both the steady paced worker as well as the compliant, detail-oriented worker. The team needs to identify a common ground not only on a plan, but at what pace the plan will be enacted. They need to communicate but would probably be wise to keep communication to the project so it continues to move along.

Going back to the self-starter for a minute, let’s take a deeper look at this individual. This is a results-driven individual. He or she communicates directly and lacks patience. This person is not looking for opinions; instead preferring facts that yield results. The dominant worker may start the project with vigor and excitement, but may also lose interest relatively quickly. Self-starters aren’t often self-finishers. Therefore, devising a plan that pairs a self-starter with a steady finisher can help ensure the project gets completed.

Chances are the motivated self-starter and interactive workers will be gung-ho at the start but may lose interest or get distracted as time goes on. This may be where the steady and compliant workers jump in and see the project through to conclusion. It may likely mean adding some detail to the project, and doing so at a much more calculated pace than that started by the impatient self-starter. The calculated worker will think of things the quick-working others may have missed, and they will ably fill in the gaps to see to it that the project is completed thoroughly, filled with facts, and on time.

You need different people with different behaviors to make a fully effective team. Each member brings unique attributes to the team, but with those attributes also come weaknesses. By hedging those weaknesses against another person’s strengths, the team will start strong, finish strong and complete a project thoroughly and to the satisfaction of all team members.

How to Adapt During Crisis by DISC Behavior