A Cultural Outlook on Behaviors between Asia and North America 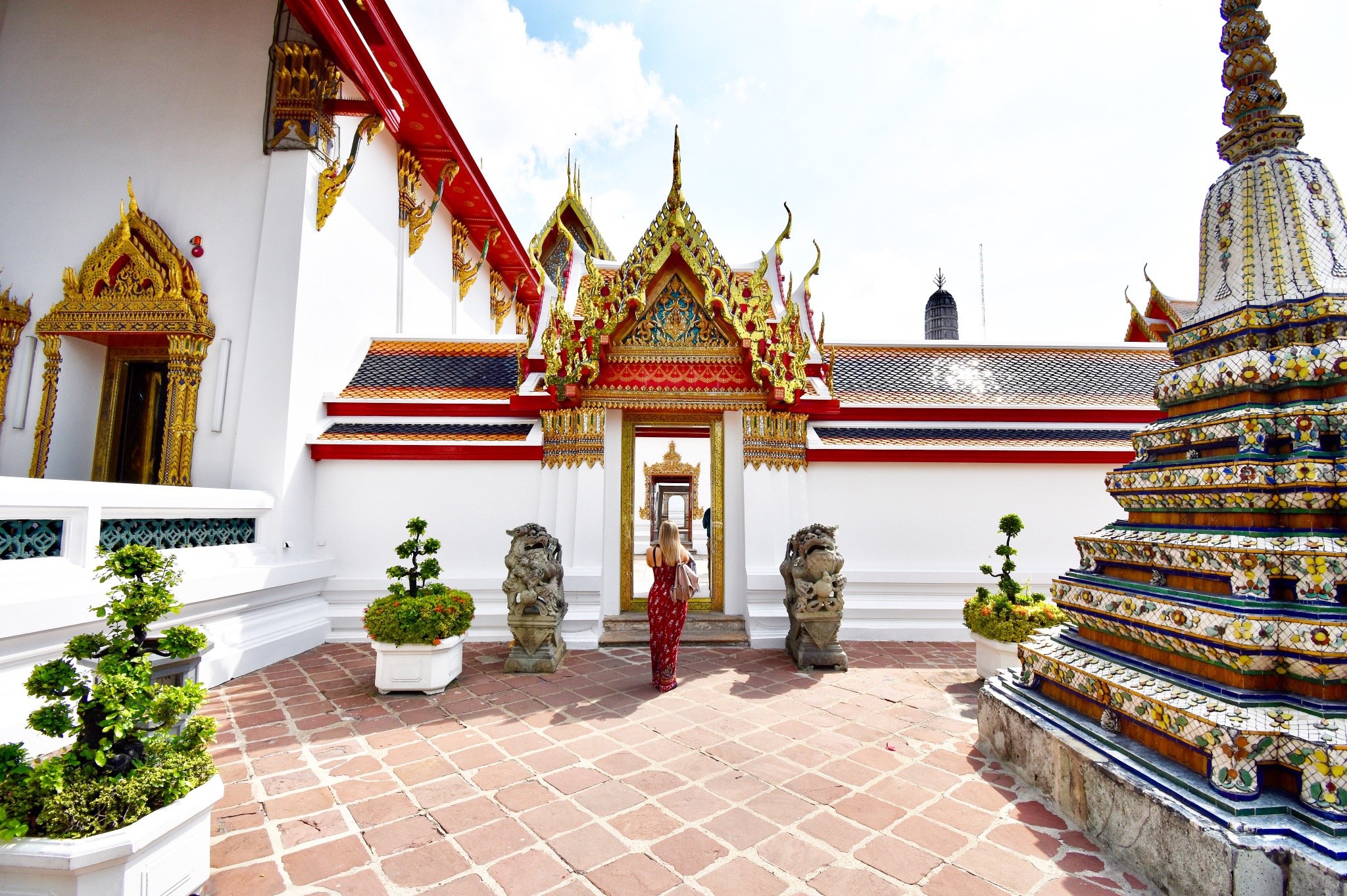 Two connecting flights and 29 hours later, I had finally stepped foot in Bangkok, Thailand. While it was my first time in Asia, I wasn’t exactly sure what to expect. Prior, I had done a significant amount of research on everything from what to pack, the weather forecast, must see places all the way to ethical elephant sanctuaries. As prepared as I thought I was, nothing could have prepared me for the cultural differences I was about to experience between Asia and North America.

As a blonde hair, blue eyed, young American woman, I’ll admit that I was a bit apprehensive about how I would be treated in Thailand. Yet, I was able to fully immerse myself into the Thai culture and, in doing so, I had an unforgettable experience. During my stay, I noticed a few unique distinctions between Southeast Asia and the United States. Behavioral styles were the primary difference that caught my attention.

Some of these distinctions include the differences in a “we” vs. “me” culture, the approach to dealing with conflict and using verbals vs. non-verbals to communicate a message within each culture.

Understanding behaviors is extremely beneficial when interacting with others, but even more so when communicating cross-culturally. Many of our actions are learned during our upbringing. Human behavior is a universal language and by recognizing how people do things, you can be more effective when handling challenges, rules and pace of the environment.

In a collectivist society like Thailand, groups take priority over individual identity. People belong to ‘in groups’ that take care of them in exchange for loyalty. During my stay, I noticed that many of the Thai people worked together by recommending, what would seem to be, businesses that were in competition to their own.

Taxi driver’s would instead take people to a long-tail boat to get them to their final destination, instead of driving their customers all the way themselves. They were not interested in making as much money as they could, instead, their focus was on bringing customers to another communal company to help out their friends.

Fostering strong relationships with other businesses where everyone takes responsibility for fellow members of their group is an essential behavior exhibited in Thailand. This learned behavior can trace back to childhood where many Asians are educated to obey authority and cooperate in social situations. They are taught to respect and honor their parents, and that hierarchical model projects into to the rest of society as well.

In America, individualism encourages ambition and drives people to succeed. We seem to rely solely on ourselves to accomplish our goals and will often only help our close family members instead of contributing to a group as a whole, as seen in collectivistic cultures. It is a badge of honor, in America, to do things independently. Depending on others is often times looked at as embarrassing or a sign of weakness.

An indirect conflict style is exemplified by trying to save face or getting a point across by not partaking in direct confrontation. In Thailand, there’s no such word as no. Rather than saying “no” directly, people might say “maybe” or “not yet.” Even yes doesn’t always mean yes. In many cultures like this one, yes might mean “yes I have heard you” rather then “yes I agree with you.”

While in Thailand, many of the taxi drivers, hotel staff and market shop owners exhibited this behavior. I soon realized that after asking a question or making a statement, they often replied with “yes” to signal that they have heard my words.

In the United States, one of the most “direct” nations in the world, directness during conflict resolution is fundamental, signifying efficiency and professionalism. We are not afraid to let someone know that we disagree with them. Often times, we willingly share our opinion and input without regard to the other person’s feelings.

Whereas Americans prioritize being impersonal during direct conflict resolution (i.e., “don’t take it so personally”), Asian cultures prioritize the interpersonal relationship as much or more as the issue that is at play. Particularly in the U.S. - the very notion of professionalism is to put aside personal issues and focus on the task. By comparison, in places such as Thailand, relationships remain important during indirect confrontation.

Whereas in the American culture, information is communicated primarily through spoken language and rules are spelled out, reflecting low-context communication. We can see that in some distinct parts of America, people can be unnecessarily loud, over exuberant and upfront in their communication. This can be misconstrued by the Thai culture as being impolite and ill-mannered.

Thais greet others with a slight bow, with the palms pressed together in a prayer-like fashion, called a Wai. Partaking in this social behavior instead of a robust hello or a handshake shows the utmost respect to the person the Wai is being directed to by eliminating unnecessary verbal language and touching.

Upon entry to Thailand, I was unaware that this was the preferred greeting in their culture. After the first couple days seeing this social behavior and not understanding what this meant, I did an internet search and immediately realized that I should start returning this gracious greeting. Although Thais do not expect foreigners to understand these rules, it is polite to return a Wai.

While my time spent in Thailand was relatively short, I was still able to notice significant differences between the two cultures.

Though experiencing cultural diversity can be rewarding, it can also be challenging. Ensuring effective communication requires an understanding of how others act based on their behaviors.

It is widely acknowledged that individuals from separate cultures communicate differently. The dissimilarities in communication styles can become major sources of misunderstanding, frustration and conflict in intercultural communication. Once you understand how an individual completes tasks, you will be able to develop a deeper appreciation of just how incredible cross-cultural differences can be.

Mariah is a marketing intern for TTI Success Insights. She currently attends Arizona State University working on her B.S. in Communication. Primarily driven by her Intellectual and Receptive Driving Forces, Mariah enjoys thinking about new and innovative ways to approach her work and studies.