Abbey Road: Revealing the DISC Styles of The Beatles in One Iconic Image

On October 1, 1969, The Beatles released the iconic album Abbey Road, the last album the four legends recorded together as a band. Fifty years later, the album remains in the hearts of minds of Beatles fans everywhere and it is interwoven into the fabric of pop culture all over the world.

As a philosophical music lover who considers this to be the finest opus The Beatles ever created, I started thinking about what made The Beatles so great. Those thoughts tied back to the way they worked together, with very unique ways of approaching the music, and life in general, for that matter. Their unique behavioral styles were perfect complements for each other, creating the most effective and powerful songwriting machine the world has ever seen.

While it feels like The Beatles were around forever and recorded dozens and dozens of albums, the reality is they accomplished all they did in a relatively modest six year period. (Talk about being resourceful and maximizing one’s time, right?)

As we celebrate today, October 9th, what would have been John Lennon's 79th birthday, let's take a look at how Abbey Road represented what The Beatles were as individuals and as a band.

The Image of Abbey Road

Never before did four men crossing a random street become such a memorable event. This simple but iconic image of John, Paul, George and Ringo crossing Abbey Road, a thoroughfare in the borough of Camden and the City of Westminster in London, perfectly summed up these four men who called themselves The Beatles.

Look closely at the image and you’ll see four very unique individuals, each bringing their own qualities and sense of originality to the picture. It’s the perfect microcosm for what The Beatles represented - four unique individuals that, together, created the most influential band in music history. The uniqueness of the individuals is the key.

Although I never had the honor to personally assess any of The Beatles, I believe that if they each took a DISC behavioral assessment, it would uncover four distinctly unique behavioral styles, all which helped to contribute to the heights the group achieved during this relatively short period of time.

DISC is a personal assessment tool used by millions of people to measure, understand and improve themselves, often in a work-related setting. DISC measures behaviors based on four unique aspects: Dominance (D), Influence (I), Steadiness (S) and Compliance (C).

While people have aspects of all of these styles within them, just about everyone has a style that is more prominent than the others. We refer to those people in terms of the particular style that is most prominent.

John Lennon is a great example of a high-D in the realm of DISC. D’s tend to be task-oriented and direct in their communication, a high-D can become impatient when overextended. From all accounts, John Lennon wanted to get things done with a sense of urgency, indicative of someone who has a combination of a high D and a low S behavior style. It’s not to say that John was willing to sacrifice quality, he simply believed that things could be done right, right now.

Not one to go out of his way to cater to the press, Lennon always spoke his mind freely, more than once to his detriment. When he quipped that The Beatles had become “bigger than Jesus,” public opinion toward The Beatles turned sour overnight. This was in stark contrast to the people-oriented Paul who always did his best to charm his fans and the media, because he knew that the media could greatly impact the fortunes of the band.

While high D’s are great at starting projects, they don’t always possess the detail-orientation to finish them. D’s need others, namely C’s and S’s, to help finish what they started. And, having a high-I onboard can definitely help with public relations.

Paul McCartney truly understood the power of people. He enjoyed being the center of attention and talking with members of the media. He would put on his charm and had the media eating out of his hand. One positive interview would spawn another, and before long, you couldn’t open your eyes without seeing or hearing something about The Beatles. To Paul, this was a labor of love. He enjoyed interacting with others and the fact that it benefitted the band was an added benefit of the process.

Where D’s can be direct, and in extreme circumstances, off-putting, high-I’s always consider the human element in communication. When John would reach the point of frustration in the studio, Paul was accommodating and reassuring, keeping the peace to ensure the creativity continued to flow. A diplomat from the very beginning, Paul was just as obsessed with seeing The Beatles succeed as John was, but approached it from an entirely different angle, through strong relationships and effective communication. 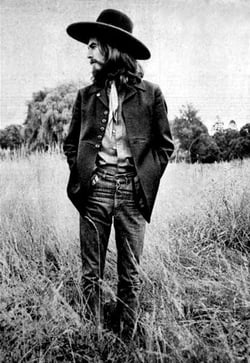 and Paul competed for the spotlight. That suited George fine because he was happy being part of The Beatles; he felt no need to be the center of it. The youngest Beatle, George was just 15 when he joined the band, three years younger than John, the eldest member at the time, and de-facto leader.

Prioritizing people over tasks, the high-S prefers a setting where steadiness reins. George was more than happy to give the spotlight to John and Paul, while providing integral harmony vocals along with his lead guitar parts.

A telltale visual that calls out a high-S is they can often be found standing with a hand in their pocket. Many iconic pictures of the “silent Beatle” feature this exact pose of a calm, steady, content George Harrison.

While not every drummer can be considered Compliant when it comes to behavior styles, Ringo fit the bill perfectly. Those with a high-C personality tend to be task-oriented, direct communicators who are their own harshest critics.

Perfectionism is a blessing and a curse to high-C’s, and Ringo’s attention to detail delivered a steady backbeat over the flash and showmanship of other, less precise drummers.

Overextended C’s can become critical, and there was a brief window where Ringo had actually walked out, effectively quitting the band, thinking that he wasn’t living up to the band’s expectations. While his short departure mandated that Paul McCartney handle drumming duties on Back in the U.S.S.R., he was quickly reassured that he was the only drummer his bandmates wanted playing behind them. For some perfectionists, even at that level, self-doubt can creep in, regardless of what they’ve accomplished up to that point.

When it comes to DISC, one style isn’t considered “better” or more “optimal” than another. It’s simply a case of being different. When you have four members who bring completely different attributes to the table, the best of those attributes can be utilized for the greater good of the unit. The Beatles were the ultimate example of this. Just like any organization trying to build a highly productive team, The Beatles did it, probably unknowingly, by uniting four unique viewpoints and approaches to building the music. They used their individual strengths to fill in any gaps where other band members lacked.

When John became preoccupied with Yoko, Paul adapted into the role of leader and took charge. On Abbey Road, when John and Paul had had their fair share of differences of opinion, the usually mild-mannered and spotlight shunning George stepped up in a lead role and delivered some of the Beatles’ most masterful performances, including “Something” and “Here Comes the Sun.” The ability the band had to play to their strengths, but to adapt when they needed to, made them unstoppable. It was a case of the right people in the right place at the right time to create magic.

As a music and Beatles lover, I can only hope that this article finds its way to Sir Paul McCartney, and he can confirm or deny its accuracy. Knowing what I know about DISC and behavior styles, I believe this to be an accurate account of a typical day in the life of the Beatles, and why this iconic band continues to enjoy their status as the world’s all-time greatest band, both here in America and across the universe.

Want to learn more about DISC? Download the eBook below and you'll be well on your way to a better understanding of people's various behavior styles. Even better if you read it while listening to Abbey Road.

Managing Upward: What To Do When Leadership Is Failing