Appearing today in your workplace: The clash of the motivators

Everyone is driven by different things. The reasons they get up in the morning, and the drive behind everything they do. Each person has their own set of motivators that determine what interests them, what they do for a career and what drives them to their hobbies. These primary drivers make up who we are. Some of the drivers can be strong and when people come in contact who have very different drivers, the potential for conflict exists. This article will showcase people with different drivers and discuss potential situations where conflict could happen, and how to avoid that conflict by being aware.


Daily life at a daily newspaper

Bob is a person who is always thinking about return on investment. It doesn’t matter if we are talking about his money, time or energy, Bob wants a definitive return no matter what he gets involved with. And it’s not just about return for Bob, it’s all about maximum return in the most efficient way possible. Bob is an advertising sales manager at a major daily newspaper.

Jane is all about beauty, nature and living in the moment. Jane requires her workspace to look a certain way before she can feel fully comfortable. When it comes to her surroundings, she is driven by the experience and she values balance in her life. Jane is the travel editor at the same newspaper company as Bob.

Though Bob and Jane happen to work in different departments they have been tasked with completing a project working together with each other’s teams. They are going to design an “advertorial” special section about great travel destinations that will combine both paid advertising and professionally written editorial copy. They have a firm deadline, a specific budget and will have to work hard and efficiently to meet both.

Bob’s main focus is the bottom line. He thinks about things such as man hours dedicated to the job, the cost of newsprint, maximizing the effectiveness of marketing, and how he can increase the productivity of the photographers contributing to the project. While Jane is thinking about how to make the experience of reading this special edition as good as it can be for her readers, cost is the least of her concern. She wants it to be full of great information and beautiful pictures and her goal is to captivate her audience from the front cover to the back. Can you see where the potential for conflict between Jane and Bob exists? Clearly they will have to set ground rules regarding expenses, determining what is a necessity versus a luxury. At the same time, they have to agree on how to create a special edition that is special enough for people to want to read it. If no one reads it, the advertisers will be unhappy.

Ron also works at the newspaper and he is the head of the market research department. He landed this position due to his extensive intellect, possessing multiple degrees as a result of being a lifelong learner. Ron’s role in the project is to figure out exactly who the target audience should be and how to reach that group. Ron will likely spend many hours running demographic studies to make sure the correct target audience is being reached. While this won’t have much bearing on Jane, it may be a form of agitation for Bob because he is concerned with quick execution. Bob sees his sales efforts being the main driver in this project and will not want to see ancillary projects, such as Ron’s demographics study, slow down the effort or lower profitability due to excessive man hours spent. They will need to be in alignment on expectations.

Stacy works in the graphic arts department. She loves trying new ideas and creating interesting new looks. Being almost obsessed with creating new and cutting edge designs, Stacy sometimes spends far too many hours creating multiple designs when often times her first design is more than adequate. While Jane will appreciate Stacy’s attention to producing the best product she can, Bob may get frustrated with Stacy because she may be the reason the project doesn’t finish by deadline. Stacy and Bob will have to have an understanding that deadlines are not guidelines and Stacy will have to focus on doing the best she can with less designs.

Our final two people working on the project are Chris and Tom. Chris is the managing editor and he is all about team. Chris is the guy that rallies the troops and tries to get everyone on the same page. Tom is the ad director, who oversees the sales division, and he is very structured and set in his ways. While Chris may be the “traffic manager” for this project, Tom is used to doing things a certain way. He has done so for many years and likes it that way. Chris has tons of energy and youthful exuberance, which might rub Tom the wrong way if Chris’ approach to the project begins to differ from Tom’s. These two will need to communicate closely on the front end to set expectations, and it wouldn’t be a bad idea to include Bob in this conversation so they can tie everything back to return on investment and deadlines. This is not to discount Jane’s vision for the project because without compelling content and graphics, this project could be all for nothing, even if it does come in under budget.

As you can see, different motivators drive different folks. The example described above is not all that different than what you can expect to see on a real-life team. The key to success in having such a diverse team is communication. The team needs to discuss what they each feel will be important to the project, and what is necessary to keep everything on track and at or under budget. This scenario plays out every day in the workforce with each person pulling in their own specific direction to focus on what matters most to them. Being able to identify these different motivators in people and finding ways to work together will help teams produce to their highest potential. 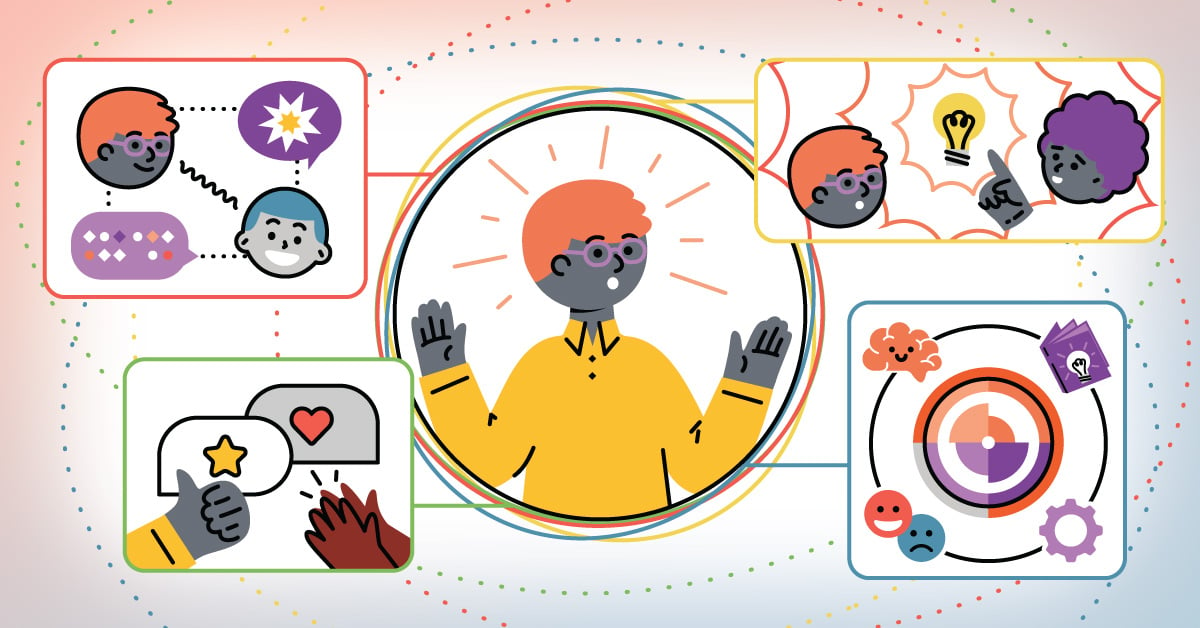