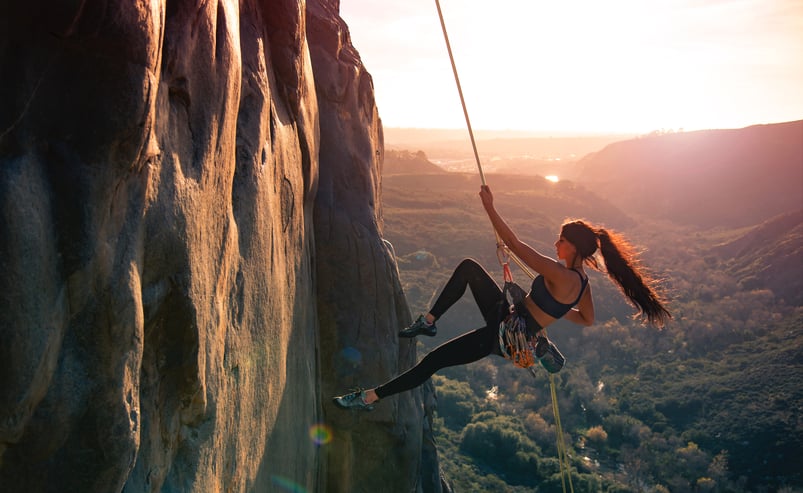 Some people seem to just have “it.” While it may be difficult to identify what the “it factor” actually is, certain people just seem to possess quite a bit of it.

What sets these people apart from others? What traits of top performers can we translate into our lives to better achieve our own personal goals and aspirations? 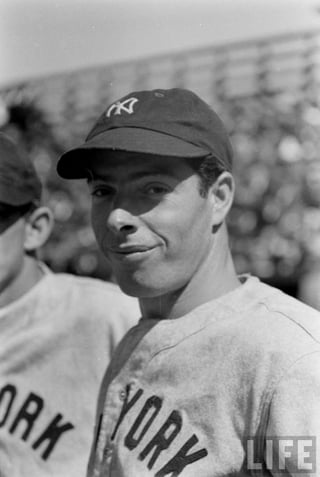 Joe DiMaggio was known as the “Yankee Clipper” over his illustrious baseball career. Playing centerfield for the vaunted New York Yankees team, DiMaggio set the standard for how to approach one’s craft. DiMaggio played with heart and soul every single day of his career. He always played hard, regardless of the score of the game, the weather or where the Yankees were in the standings.

DiMaggio was once asked why he played so hard all the time. He responded by saying that if a young child was attending their first baseball game and was watching him for the first time, he wanted to set a good example of how to properly play the game of baseball. Simply put, he didn’t want to ever let anyone down, and he accomplished this by leading by example.

“Joltin’ Joe,” as his teammates called him, was graceful and steady, seemingly always in control. He was a model of how to play the game at the plate, in the field and out in the community. Based on the way he played the game and the way he carried himself off the field, DiMaggio was a role model and inspiration to many, even those who may not have been fans of baseball. DiMaggio and his image was bigger than the game and transcended the sport.

Sticking with the baseball theme as spring training commences, Pete Rose had no peer in the game when it came to hustle. In fact, he was nicknamed “Charlie Hustle.” The nickname was actually intended to be a mock when first created by Yankees pitcher Whitey Ford. During a spring training game, Ford walked Rose, and Rose sprinted to first as Ford looked on in displeasure. The name stuck because it reflected exactly who Rose was, a hustler. In fact, it can be argued no one hustled more than Pete Rose in the history of the game.

Pete Rose played with a fury and sense of urgency that was unmatched. Because of this, he was able to maximize his talents and accomplish feats that far surpassed anyone’s highest expectations. To this day, Rose remains Major League Baseball’s all-time hit leader with 4,256 career hits over his stellar 23 year career. Many of those hits were infield singles coming from shear effort and pure hustle.

Rose made a difference because he made things happen. He would do anything to get on base, then rattle the pitcher by taking big leads off first base. Often he’d swipe second base and sometimes third, doing whatever he could to help his team win. While others had better physical skills, Rose made the most of his through something he could control - his hustle.

John Paul DeJoria accomplished what millions only dream of: creating a brand new company that becomes a household name. And once he did that he repeated the feat!

Along with Paul Mitchell, DeJoria co-founded the John Paul Mitchell Systems Company in 1980, creators of fine hair care products. Almost immediately, the company’s popularity took off and Mitchell products could be found anywhere and everywhere. At the time of the company’s founding, DeJoria was living in a 20-year-old automobile.

DeJoria’s is a truly awe inspiring tale of success that was drawn from complete and total determination. By no means was DeJoria a skilled entrepreneur, he was a homeless man trying to find a way to improve his lot in life. He went for it, achieved it and then went on to achieve a whole lot more.

The tale of success started after he was told he would never amount to anything by a high school math teacher. Determined to prove this teacher wrong, DeJoria’s mind went to work. Through pure grit and determination, he turned his early misfortunes into huge fortunes.

Nine years after co-founding JP Mitchell, he founded the Patron Tequila company which became an immediate industry leader. While those accomplishments may have satisfied most people, DeJoria was just getting started.

He became a founding partner of the House of Blues concert clubs and has been involved with several other very successful companies such as: Ultimat Vodka, Sun King Solar, Pyrat Rum and many more. With an undying passion for creativity and the determination to see those creative endeavors through, DeJoria is a true example of a rags to riches success story fueled by his determination.

It’s a long journey from aspiring musician to world famous rock star and entrepreneur, but that is the path that Sammy Hagar traveled. Hagar was a young, aspiring singer/guitarist for a 70’s rock outfit known as Montrose, whose modest hit Bad Motor Scooter put his signature tones on the mainstream radio.

By no means did Hagar find instant success. In fact, he was unceremoniously uninvited to carry on with Montrose and had to quickly figure out his next move. Being fearless and confronting potential failure head on, he dove into a solo career, with equal parts fine musicianship and crafty marketing expertise. 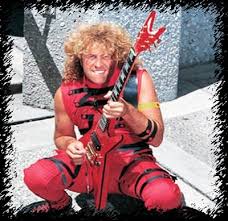 Hagar had a knack for marketing. Playing off his reddish-blonde hair, wearing all red onstage and playing red guitars, Hagar created the persona of “The Red Rocker” which made people remember him that much more than other musicians.

When record producer Ted Templeman took a young up-and-coming band known as Van Halen under his wing in 1977, he suggested they might be more successful if they employed Hagar as their vocalist instead of the band’s vocally challenged frontman David Lee Roth. Though that union didn’t occur at that time, it did about eight years later when Roth departed the band for a solo career. Hagar became part of the biggest rock band in the world at the time.

In addition to creating a series of radio anthems, Hagar used his popularity to build an entrepreneurial empire. He created a number of products including Cabo Wabo Tequila, the Cabo Wabo Cantina chains, Sammy’s Beach Bar and Grill chains and much more. A people-oriented opportunist, Hagar has leveraged his likeable personality along with his fearlessness to accomplish more than most people could ever dream.

Possessing less star power than the other four people mentioned above, Mary Iafelice used her vision to create Humble Impact. The company expands venture capital to underserved communities such as minorities and veterans. In their first year, Humble Impact helped 25 startups raise over $4 million in venture capital funding and $1 million in revenue.

This visionary used a calculated approach to see her vision through and has helped so many people achieve their dreams, many of which may not have had the opportunity without her involvement. While not in the spotlight in the way DiMaggio, Rose or Hagar have been, Iafelice had a vision and saw that vision through.

As a 2018 Forbes '30 Under 30' Social Entrepreneurship and 2017 DC Inno 'Blazer' recipient, Iafelice has made a difference for many in a short period of time. She envisioned a niche market to concentrate on and became laser focused.

The life lesson we can learn

While these feel good stories may make for nice reads, what can they teach us in business and life? Let’s examine these five traits individually: Leadership, hustle, determination, fearlessness and vision.

Do you think having any of these traits can help you win in business or lead a better overall life? What if you choose just one of these traits and incorporate it into your everyday life? Have a vision? Take a chance and see it through. Comfort zone holding you back? Break free and dare to be fearless!

Think about one thing you want to accomplish in life. Focus on that thing and make a commitment to see it through. Energy breeds energy, and as long as you’re working towards your goals, you’ll find the energy to forge forward. Each of the people mentioned above had an acute sense of self and believed they’d accomplish their goals.

Just as Parkinson’s Law dictates that “work expands to fill the time available for its completion,” you will find the energy to fulfill your dreams if you create a vision, stay determined and look toward success rather than fearing failure. No truer words were ever uttered when Henry Ford stated, “whether you think you can or you can’t, you’re right.”

Learn more about finding your own pace by reading my blog, “Slowing Down to Go Faster.”

5 Ways Low Self-Regulation is Holding You Back 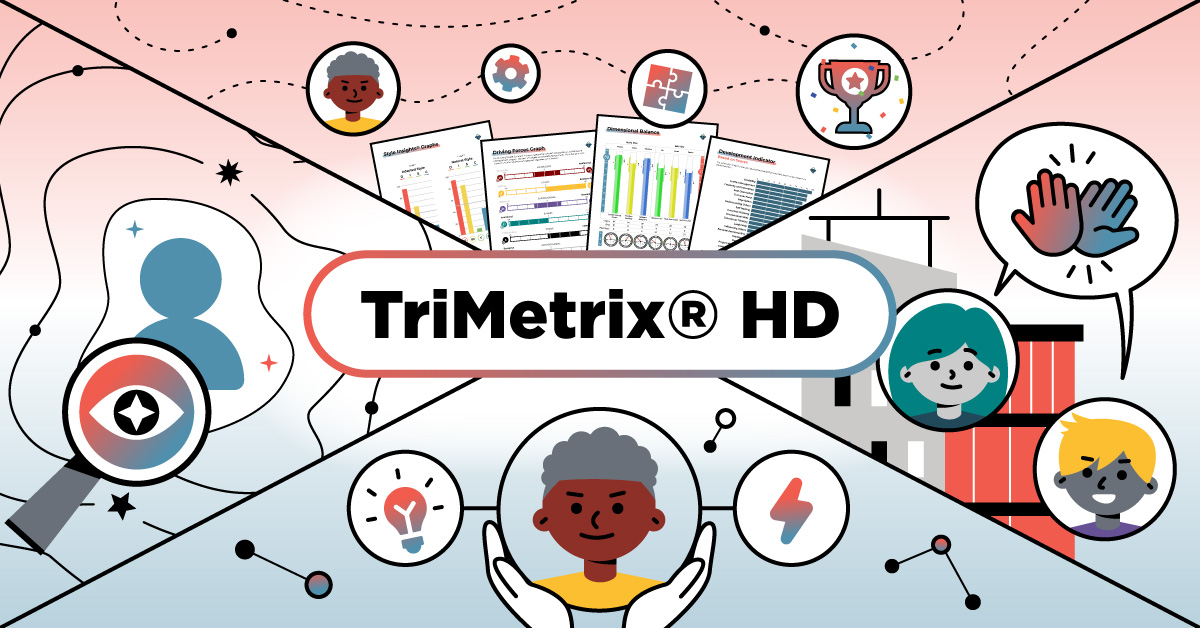