Resistance: The biggest enemy that stands between you and your life’s biggest goals (Part I) 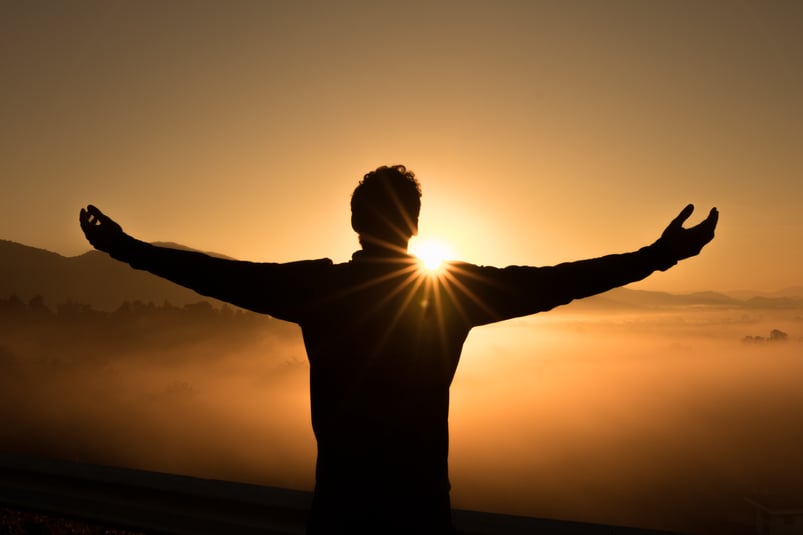 Resistance is like a gnat. No matter how many times you swing at that little nuisance, it remains right there, in front of your nose, laughing at you. It knows it’s much smaller than you and much more vulnerable but it doesn’t care. The gnat continues to buzz in front of your face and toy with your psyche. Resistance works in much the same way. In fact, resistance is the biggest enemy that stands between you and your life’s biggest goals.

Every single day, each of us will face some sort of resistance. For those in the creative realm of the world, it will be a much more intense battle. Whether or not you’ve beaten resistance in the past, it comes back each and every day to do battle once again. Resistance will create numerous internal conflicts in a person’s mind. Knowing resistance is coming and learning how to combat it is the key for any creative mind to conquer important projects.

While we may think of resistance as that “thing” that makes us stall, gives us doubt or otherwise disrupts our attempts at completing a project, author Steven Pressfield defines it best. According to Pressfield, author of Do The Work, he defines resistance as any act that rejects immediate gratification in favor of long-term growth, health or integrity. Sound familiar?

Regardless of who we are, what we strive for in life and our general level of motivation, we all face resistance in some regard. And we face it daily.

Resistance especially seeks out those in the creative realm, entrepreneurs, anyone on a spiritual journey or a health regimen. And anyone looking to kick an addiction watch out; resistance is that face in the mirror that just keeps staring you down. It’s vengeful and doesn’t let up.

The thing about resistance is that it rears its ugly head every single day. Whether or not we are up for the challenge is of no concern to resistance, because it’s coming to play whether we are ready for it or not.

Thankfully, we do have allies in the battle against resistance. Stupidity, stubbornness, blind faith, passion, assistance and friends & family are all there to help us do battle.

Sometimes we just we are just so stubborn we border on stupid. Do you think anyone really though Charles Lindbergh had a chance to fly that plane across the Atlantic? Do you think comrades of Steve Jobs really believed he was going to turn a struggling computer company started in his garage into a world information empire? Some ideas are so outlandish they just might be crazy enough to turn into something!

Some combination of stubbornness, blind faith combined with true passion is what we need to get our proverbial car started. Getting a nudge from our friends and family to tell us we aren’t crazy helps us persevere. Those friends and family can also be the ones looking for progress reports, keeping our feet the fire helping us to stick with this half-baked idea we created.

Rationality is the enemy of outlandish. We create greatness in our minds, then spend countless hours trying to tell ourselves why the idea is ridiculous and will never work. We can become our own worst enemy. Resistance speaks to us through the guise of rational thought.

How to Beat Resistance

Resistance is a resilient adversary and will come at you from many different angles. To beat resistance, you have to be prepared. The first thing that anyone undertaking any creative endeavor must do is start before you are ready. Overthinking is the best friend of resistance. Resistance wants to delay your success in any way possible. Therefore, taking action pushes resistance back and gives you momentum. You don’t need to be perfect, but you need to be done so just do it.

Don’t overthink it. You had an idea that you thought was good enough to move forward with, so by all means, move forward. Take bold steps. If you decide that the path you are taking isn’t exactly the right one, that’s ok, you can always retreat and change your path. But taking bold steps opens new pathways and might open your mind to new possibilities.

Sometimes we get overwhelmed when we look at the entirety of a project. The scope paralyzes us with fear. That fear is resistance. A way to overcome this fear is to work backward. Start at the finish and work your way back. You will find it was much easier than you ever expected.

Chatter can also be described as the voice in your head. Or at least one of the voices. Chatter is the self-doubt, second guessing, negative feedback that you give yourself about why your idea will never work and couldn’t possibly be achieved by someone like you. The key to controlling chatter is to differentiate the difference between chatter and your true inner voice.

Your true inner voice is the voice that spawned your great idea in the first place. It’s not as vocal as chatter tends to be, but when it talks, you better listen. The inner voice knows the greatness that lies ahead when you achieve your goal, and it has a pretty good idea of how to get there. Now it’s on you to sift through the chatter and focus on the true inner voice. This voice is also known as your “calling.”

It’s important to remember that resistance does not discriminate; it affects everyone. Anyone undertaking any creative endeavor whatsoever opens themselves up for daily battle with resistance. Will you be up for the task?

(Tomorrow we will continue our story on resistance, talking about how to get over “the wall,” how to “think like a child,” how to ensure your own success, and most importantly, we will introduce the natural opposition to resistance, an equally viable force known as Assistance.)