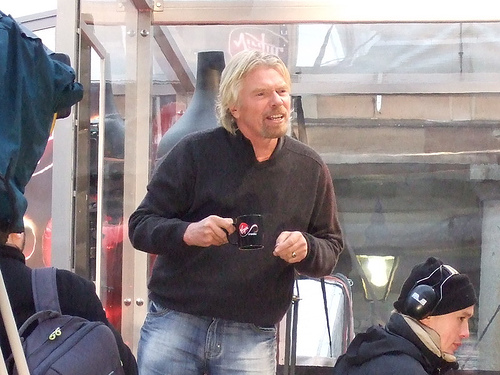 The start of a new year is often a time for reflection and the promise of positive change. Resolutions are made with the best of intentions. Trying new things is a popular goal for those seeking to come out of their cramped comfort zone.

When looking for inspiration on how to do things boldly and with purpose, one doesn’t have to look any further than at the examples set by serial entrepreneur Sir Richard Branson. Founder of the Virgin Group, Branson lives life as if every day may be his last, obliterating any semblance of a traditional comfort zone. Branson’s willingness to continuously step outside his zone, as wide as that zone may be, is what continuously allows him to meet and exceed new challenges. As a result, he continuously expands his own comfort zone with each new adventure.

On his personal blog, Branson talks about the benefits of being willing to expand one’s comfort zone. In his own words....

“It can be really easy to get comfortable in life and to only do things inside your comfort zone. You’re unlikely to get hurt here, you might get really good at doing the one thing you know you can do, and your expectations are likely to be in line with what goes on around you so you’re not disappointed.

But the magic doesn’t happen here. I can honestly say that nothing good in my life has ever happened from the safety of my comfort zone. It’s all those moments where you feel challenged, where you think ‘Oh crap, maybe this wasn’t such a good idea’ and then ponder giving up – if you can get through this stage of doubt and make it out the other side – I promise you, this is where the good stuff happens.

Branson’s blog discusses his four tips for trying new things. He says that everything that has happened over the past two decades has happened when he was living outside his comfort zone. If it works for Richard Branson, just maybe it’ll work for you too.

Anything worth doing comes with a little bit of fear associated with it. Don’t let that stop you. There’s a saying that goes, “It’s better to look back at life and say I can’t believe I did that than to look back and say I wish I did that.” Simply stated, fear stops people from following their dreams much more so than any lack of ability.

Fear can be a powerful adversary and sometimes it takes a concerted effort and pure determination to push past it. Just like the shy high school boy who didn’t ask the girl to prom out of fear that she might say no. While she very well may have said no, what if she said yes?

Having the fortitude to deal with the possible rejection and accept it will make facing fears much easier. Remember that which doesn’t kill you makes you stronger, including the occasional failure and/or rejection. Make it a point to exit your comfort zone daily.

Start with little things. If you don’t feel comfortable talking to strangers, say hello to one new person today. Tomorrow say hello to two people. Little by little, you’ll prove to yourself that it’s not as hard as you may think it is.

Maybe you’ve decided that physical fitness is a priority but your dedication has weaned several times previously. Start small. Make a commitment to go to your local park and walk one lap today. Make it a goal by this time next week to do two laps. To expand your comfort zone, it’s not necessarily what you do, it’s that you do something and do it consistently.

When you try to do too much too soon, it’s a recipe for failure. Baby steps are ok since it’s about creating a habit rather than hitting a home run right out of the gate. Be sure to hold yourself accountable and follow through on what you promise to do; even if it’s only ten minutes a day. Once it becomes part of your routine, expanding time spent on your endeavor will come naturally.

Track your progress. What did you do? How did you feel? What did you think about? Did your activity spawn any new ideas? Writing down your goals help make them more real. Tracking progress makes them more accountable. You may even come up with new goals as you are writing about your current ones, which is fine. Positive action spawns more of the same. Branson suggests making lists of things you would like to try and tick them off as you go.

Rarely is someone born with a natural talent that immediately reveals itself. Talents have to be nurtured. Failures are part of the learning process. Understand that it’s not always going to turn out the way you hoped, but learn from it when it doesn’t. And try again!

I’ve taken on some pretty significant projects in my life and I can attest to them not coming easy at first. When I got the idea to become a beer brewer, I started learning to brew on my kitchen stove. My first two batches tasted like a fairly decent cider. The only problem was that I was trying to make a pilsner! The point is that I missed the mark significantly. It was bad enough that if I didn’t try again, it would be understandable.

While I may have been temporarily disappointed, I figured out what I did wrong, learned from it and tried again. And again. By the third or fourth batch, it started to taste the way it was intended. Within two years, I became a professional brewer, accomplishing a huge life goal that seemed extremely unlikely during those first few failed batches.

My biggest passion, music, also was no walk in the park. From a very early age, I always dreamed of being front and center on the stage as a singer. The only problem was that I really couldn’t sing. Wanting to find a happy medium, I took up guitar which allowed me to enjoy life as a musician, even if it wasn’t in the manner (singer) that I originally envisioned. I developed some skills and eventually joined a band as a lead guitarist.

All the while, I was teaching myself how to sing in my spare time, singing to my favorite records and getting tips from others who could sing. Before long, I developed a decent sense of pitch and eventually, developed enough confidence to sing in front of people. Today, I perform as soloist, singing and playing guitar a couple nights a week. Perseverance got me to this point. Being able to express my passion through music regularly now, I’m certainly glad I didn’t give up earlier when the going got hard.

Branson’s advice is sound. If you work these concepts into your daily life, it will help reduce the discomfort of breaking through your own personally set boundaries. In addition to Branson’s advice, I’d like to add four tips of my own: believe in yourself, consider failures a learning experience, exit your comfort zone daily (take action) and, very importantly, celebrate your victories!

Staying within your comfort zone may be “comfortable” but it sure isn’t exciting. Life is worth living and adventures await. Take some chances, branch out and let life happen! 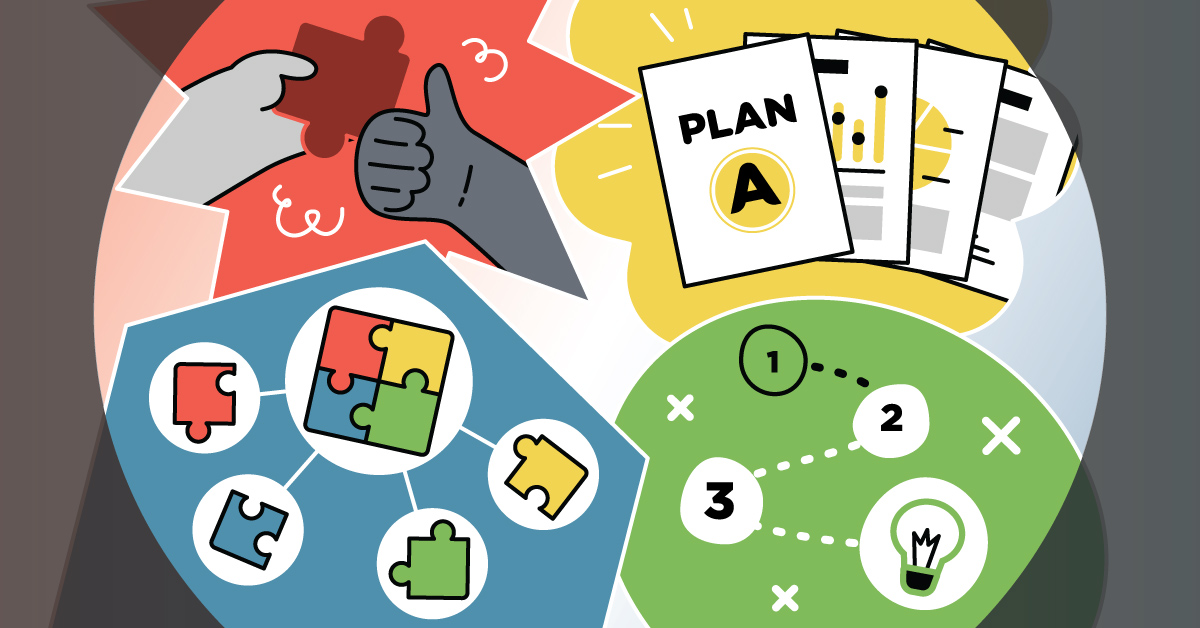 Behavioral Blindspots According to DISC Type 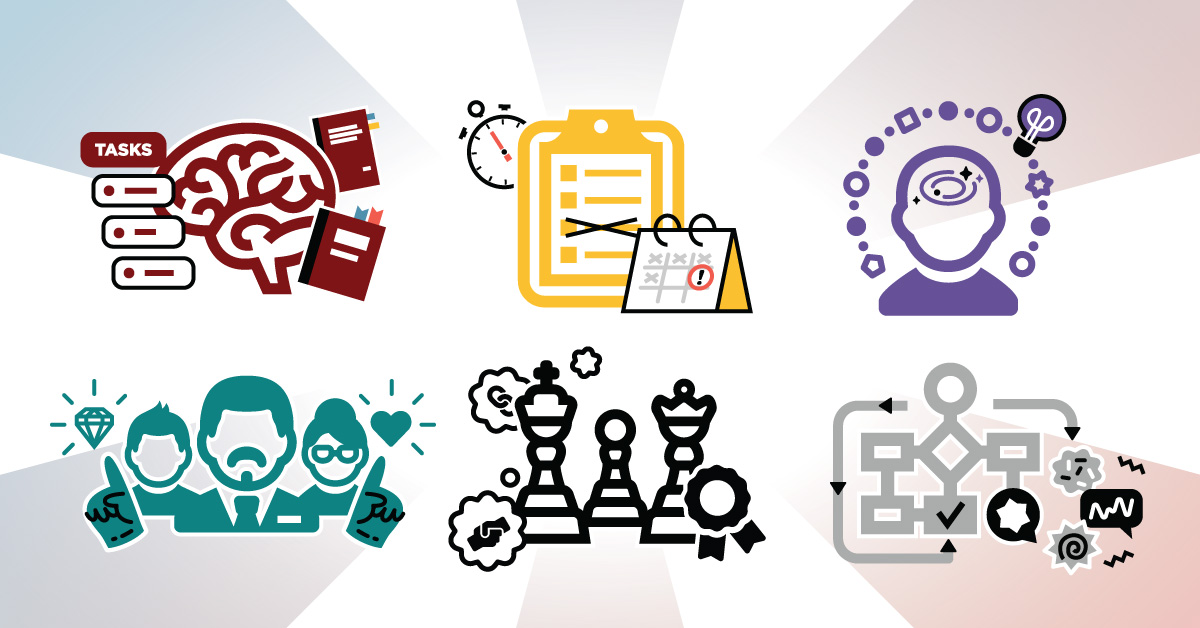 12 Unexpected Ways to Engage Each Motivator