Why Communication is the Key to All Successful Business Interaction 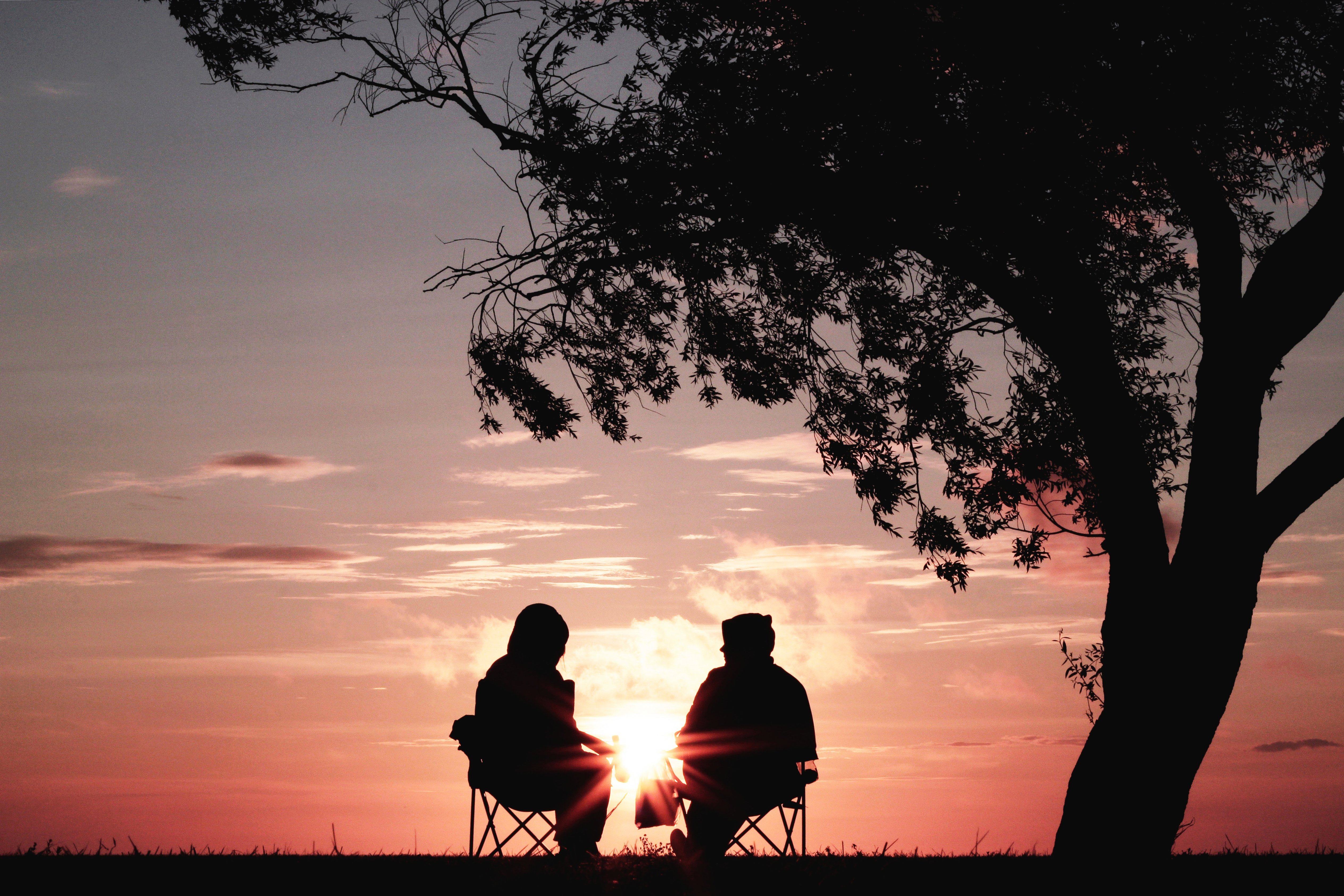 Communication is the key to all successful business interaction. And, it’s not always everyone’s strong suit. Sometimes a leader may identify their communication shortfalls while other times they may not even be aware these shortfalls exist. Identifying, then improving communication can improve the overall productivity within an organization.

Houston, We Have A Problem

Three business partners that owned a physical therapy company were having a hard time communicating with each other since Tyler made the challenging transition from worker to partner. For many reasons and on many levels, communication was one of the biggest obstacles they faced as partners. And it was starting to become a real disruptor for their business.

The partners operate a physical therapy company with several locations and over 100 employees doing business in the southern region of the United States.

Tyler is the newest partner, joining Jim and Pat, the two founders of the company. Tyler encountered a lot of resistance during his transition to partner. To be fair, the two original founders weren’t used to answering to anyone, especially someone who used to report to them. The founders were experienced, seasoned veterans in the business world while Tyler was still somewhat of an up-and-comer in his thirties.

Not only did a communication problem exist between the partners, one also surfaced between Tyler and some of his subordinates. Tyler was not a dominant, vocal type of leader. He often kept to himself in the work environment, not wanting to disrupt the flow of his subordinates, nor was he one to challenge his more experienced partners.

Tension and friction began to build with the partners, and even among some of Tyler’s direct reports, and communication issues were cited as the primary cause in both instances. To his chagrin, the partners suggested that Tyler undergo executive coaching to become a better leader through improved communication.

A Problem Exists Whether it is Perceived or Actual

Tyler took it personally that he got singled out for the way he communicated. He was hurt and angry. And if he did think a problem existed, he believed he may have only been partially responsible considering communication is a two-way street.

He had a choice: tell his partners to get lost and walk away, or address the concern. Whether communication was really a problem was yet to be determined, but since perception becomes reality, it was a problem, at least in the eyes of the partners and some of his coworkers.

Tyler had a financial stake in the company and to walk away would mean losing his investment. That wasn’t an option. More so, being a person always interested in self-improvement, Tyler was curious to find out if his communication style really was a problem. To move past these issues, he agreed to go to meet with an executive coach to find out.

What was Learned Through Executive Coaching

A local executive coach named Michael who specialized in workplace situations such as this one was brought in to meet with Tyler. While still equal parts angry and perplexed, Tyler had an initial conversation with Michael and agreed to give the business coaching a good, honest effort. After all, he wanted to know if this problem really did exist, and, if it did, he needed to learn how to fix it. They agreed to meet weekly.

One of the tools Michael used was to have Tyler take a multi-faceted behavioral assessment known as TriMetrix HD to help provide insight on Tyler’s behavioral style, his motivators and his emotional intelligence (EQ).

Having heard about Tyler from the partners and the company’s human resource department, Michael was expecting to work with a loose cannon. What he found was entirely different.

Michael and Tyler talked at length about the situation Tyler was currently in, gathering background and specific details about the business relationship between the three partners. Tyler was well spoken, intelligent and advanced beyond his relatively young age. But a problem existed, nonetheless, and they needed to get to the bottom of it.


What the Assessments Revealed

One of the assessments he took measured Tyler’s emotional intelligence, also known in the industry as emotional quotient or “EQ.” To Michael’s surprise, Tyler scored 80; a fairly high score, indicating a stable and effective leader. Sure, there was room for improvement, but the scores hinted that Tyler may not be entirely to blame for the situation.

The assessments showed a somewhat lower score in the area of self-awareness. Since Tyler wasn’t exactly sure of his role at the time, the lower score made perfect sense considering the recent transition from employee to partner. It was a huge adjustment for both he and his partners to accept him in this new role.

The behavioral part of the report revealed that Tyler’s preferred managerial style was less direct than that of a prototypical leader. He was more democratic than would be expected and often did not assert himself when the situation called for it. For him to be successful, Tyler needed to adapt his behavior in the workplace to earn the respect of his team.

Regarding Jim, the dominant partner, Tyler did not possess the same personality type and it wasn’t in his nature to respond to dominance with a dominant tone of his own. Again, some common ground would need to be reached in order for Tyler and Jim to be able to communicate effectively.


A Willingness to Change

No one can be helped without a willingness to be helped. After the initial hurt and anger wore away, Tyler embraced the executive coaching sessions. In fact, he was learning a lot about himself and making great strides every week.

Tyler was a strong believer that if he was unable to identify a potential problem, that was a problem in and of itself. Whether or not the problem really existed was secondary.

Tyler became aware that he was not very attuned to emotion in the workplace. He believed people should stick to the facts and work everything out through data and logical reasoning. He did not respond well when someone brought emotion into a conversation, especially when that emotion was anger.

After learning this about himself, he took full responsibility with his partners and his subordinates when it came to communication. He began to identify the triggers that would make him originally recoil and he’d call these situations out when they surfaced. Though he risked appearing vulnerable at times, he was able to work better with Jim letting Jim know when he was communicating in a way that made him feel uncomfortable.

Tyler also came to realize that his subordinates wanted to have a personal connection with him. They wanted him to know them on a personal level. They did not view his presence in the office as a distraction, rather viewing his presence as an engaged leader. Tyler was able to work some of his natural ability to socialize back into the work environment. The new conversations may have increased the time he spent in the office somewhat, but the relationships he began to build with his coworkers were well worth it.

Today, Tyler has a great working relationship with his partners because they communicate on an entirely new level. They have built a mutual respect with each other and when communication gets uneasy, they have checks and balances in place to identify them.

His coworkers work hard for Tyler and the company continues to thrive and grow. Getting to know more of his subordinates on a personal level has given them the drive to give their all where previously they may have been less engaged.

Interestingly, Michael had Tyler retake the behavioral assessment at the end of the coaching process. While he hoped for slight improvement, he didn’t expect a big change, especially since Tyler scored fairly high at the beginning. To his surprise, Tyler’s EQ (emotional quotient) scores went way up! His new score of 94 indicated a substantial increase over his original score and showcased someone who had all the makings of a natural born leader.

Tyler finally understood his role. He had overcome the communication issues with his partners and his subordinates. He knew exactly who he was and what his place was in this company. In understanding behavioral styles better, he learned how to adapt his behavior to others who had different behaviors. These changes improved communication between Tyler and everyone with whom he came in contact.

While initially put-off for being forced to undergo executive coaching, Tyler quickly embraced it, made the most of it and improved his entire work situation because of it. The more a person knows about his or herself, the more he or she can communicate effectively with others. Tyler proved this to be resoundingly true. Understanding that communication is the key to all successful business interaction, Tyler made the most of his opportunity and continues to thrive.