Winning 22 straight like the Cleveland Indians streak is quite a feat. How do we win day in and day out on the job? 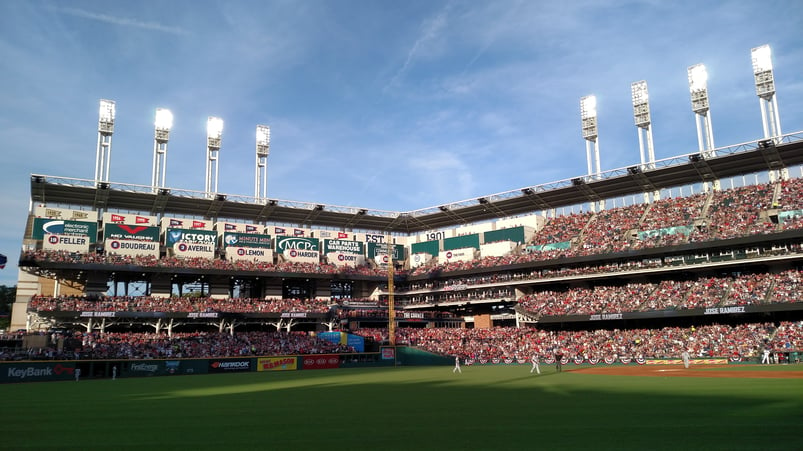 The Cleveland Indians have taken the baseball world by storm by winning their last 22 consecutive games. In fact, every team in the American League has lost at least eight times since the last time the Indians tasted defeat. The streak is truly impressive and inspiring and it's the talk of the country. What lessons can we learn from the Indians' streak? And how can we apply these lessons in the workplace? Everyone has good days and bad days, just like every team wins some and loses some. One key takeaway that can be learned from the Indians streak can be learned from the Thursday, Sept. 14, 2017 game. Never, ever give up; there's always a chance to succeed.

The Defintion of Dominance

During the 22 game winning streak, The Indians:

It's the definition of dominance. But how did a team go from playing .500 baseball at the All-Star break turn into this juggernaut in a relatively short period of time? The answer is teamwork. This group plays as a team and gets meaningful contributions from each member of the roster. The Cleveland Indians play loose and relaxed and it helps them to perform at their maximum potential. And they never give up. No matter what the circumstances may be, they expect to find a way to end up on top. That mindset guides how they approach their business and why they have become one of the best, if not the best, team in Major League Baseball in 2017.

How we can put together our own personal winning streak

Since very few of us are major league baseball players, we need a job to make our living. Stress pops up in any job, anywhere at any time. How we deal with it is key to managing it. You can let a bad moment become a bad day or you can take that stress and use it to your advantage as a learning experience.

How do we learn a lesson from the Indians' success? Keeping these five key concepts in mind, especially under times of work-related stress, will help you navigate your way to the winning side of the organization.

1. Never Give Up - In yesterday's game, the Indians trailed from the seventh inning on and were actually down to their very last strike! With the streak on the line, Francisco Lindor calmly worked the count until he found the pitch he wanted. Then he let his natural talents take over and smacked a double high atop the left field wall to tie the game. Lindor believed in himself and trusted in his talents. You need to do the same in the workplace. You got hired because you have the skills and someone believed in you! Stress is a means for growth so address it head on and trust that you have the ability to overcome it.

2. Relax; everything will be ok - No team in Major League Baseball plays more relaxed than the Cleveland Indians. Each night, the players on the bench take a baseball and craft it to look like a member of the team. This has become a signature act that has occurred nightly during the streak. Sure, no one would blame them if they played tight and tense, with so much on the line as they try to chase history. But they don't play tense; they are relaxed. And when you are relaxed, regardless of your line of work, you are going to perform at a higher level. Feeling stressed? Take a breath, walk around, get some fresh air, and regroup. But it's up to you to control stress; never let it control you.

3. Work as a team; don't rely on one person to carry the load - Amazingly, the Indians seems to get a key contribution from a different player on a daily basis. And it's not always the star players that you would expect the contributions to come from. In fact, the first place Indians are playing without their best outfielder (Michael Brantley), their starting second baseman (Jason Kipnis) and arguably the major league's best reliever (Andrew Miller) who have all been injured. They didn't use injuries as a crutch or an excuse. The Indians chose to take the "next man up" approach and believe that the guys waiting in the wings can carry the load while the starters recovered. On your team, contribute something meaningfully every day, but don't put the weight of the entire organization on your shoulders. You are a member of a team; play your position and contribute accordingly but let your other team members help and shine in their own way. Everyone has a specialty - use it to the team's best advantage.

4. Take risks and rebound from your mistakes - Indians Manager Terry Francona seems to be going through a phase where whatever decision he makes appears to be the perfect decision. But the only way to be a hero is by taking chances and not being afraid to fail. In the seventh inning, newly acquired outfielder Jay Bruce fouled out feebly with the bases loaded and just one out. It was, in the eyes of baseball fans, a pretty huge failure. Bruce didn't hold onto that failure and let it bring down his performance. He didn't sulk. He accepted it and moved on. And when it his time to bat again in the tenth inning his mind was clear and he was focused. And he delivered the game winning double because of it! In your workplace, don't be afraid to lead and take chances. Coming out of your comfort zone will help you grow. Every time we come out of our comfort zone we expand it, becoming comfortable with more and more things.

5. Have fun! It's seemingly easy to have fun when you're winning. Does fun come from winning or does winning come from having fun? As a former Clevelander and devout, lifelong Indians fan, I watch this team at every available opportunity. And even when were winning as many as they were losing, this team has fun playing the game. They enjoy it, they respect it and they are genuinely happy to be there. Coming to the park with that mindset gives them such an advantage over their competition. Make sure you enjoy your line of work and the company at which you work. Be sure you are reporting to superiors that value your input and your opinion. At the end of the day, you have one life to live. And unless you were born wealthy, you have to work to support yourself and your family. Why not work for a company that values you, treats you well and satisfies the values and motivations you hold dear? Find the right organization, show your value to the team and get up every day knowing you are going to have another fun day at work - all while being compensated for the opportunity.

Put a winning streak of your own together by following these basic guidelines and mindsets and you'll see how quickly your attitude toward your work, company and co-workers can change for the better. And just remember, control stress instead of letting it control you. Mostly importantly, never let stress allow you to give up. As long as you believe it, you are always still in the game.

Make Stress Work For You