The Different Aspects of Personality & Why They Matter To You

The pursuit of understanding oneself is at the core of the human experience, and people today are no exception to the desire to self-actualize. Personality psychology is one of the fastest-growing fields of psychology today, and social psychologists have branched out from academia to become a permanent part of the corporate workforce worldwide.

One of the ways this pursuit becomes important in the workplace is through the use of behavioral assessments to improve engagement, professional development, productivity, and communication. You’ve likely heard of these types of assessments, but you might be wondering exactly what they measure and why they matter.

As a Cognitive Behavioral Research Analyst at TTI SI, I work on a team in Research & Development to help validate, innovate, and improve our assessments. Our research is centered around the psychology of personality and psychometric analysis. This means we study the specific cognitive, social, and behavioral components of personality that can accurately be identified and measured.

Let's take a look at personality, what it is and isn't, if it can be measured, and the science behind personality-based assessments. It's important to understand what it means for you and your business. 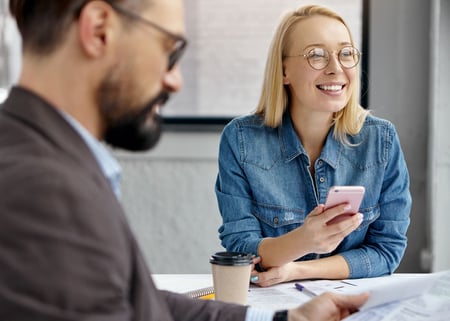 Most people tend to think of personality as an aspect or component of 'self' as if someone's personality is just one part of who they are as a whole. In reality, personality is much more than that, both in size and complexity. This is because our personality is interconnected with and made up of a massive number of cognitive-behavioral networks that we use to form our own identity.

These cognitive networks are constructed in childhood and shaped over time by psychological, physiological, genetic, and environmental influences. They're what allow us to understand ourselves as individuals. They affect how we see the world and the world sees us.

“In reality, personality is much more than that, both in size and complexity. This is because our personality is interconnected with and made up of a massive number of cognitive-behavioral networks that we use to form our own identity.”

This is why the TTI SI logo is an iceberg because the majority of personality is below the surface. The tip of the iceberg is the only part that is visible to others, which is observable behavior. It might help to think about personality in the same way.

How is Personality Defined?

While there is no universally agreed-upon definition of personality, it's most commonly described as an individual's characteristic way of thinking, feeling, and acting. 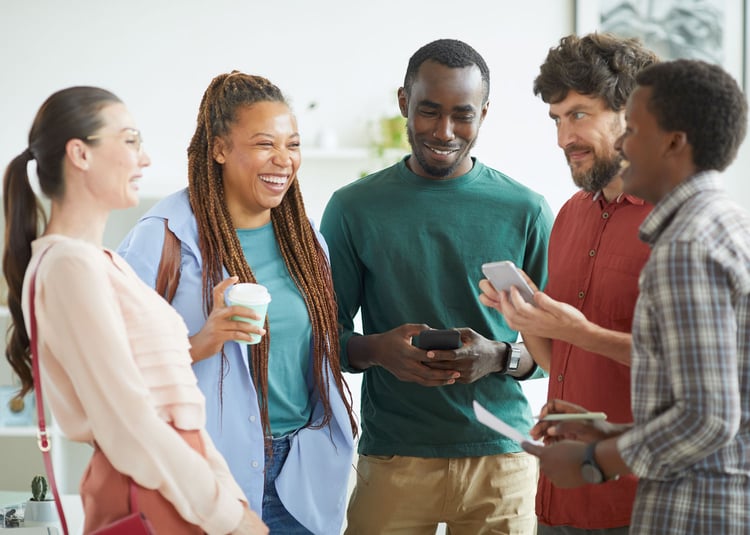 Personality is typically defined or described as being specific to or centered around behavioral displays and psychological interactions with other people and a person's environment.

How Is Personality Formed or Shaped? When Does This Happen? 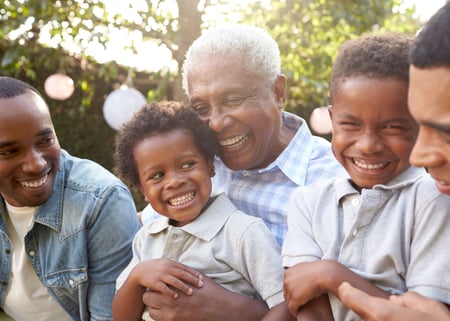 Personality is highly complex and is developed and shaped by a number of variables and traits, both inherited and acquired.

While an individual's personality can and does continue to change and evolve throughout their life, there are major aspects that relate to specific parts of 'identity which are created and formed at specific points in our lives. The following information outlined is common knowledge from brain development research.

Childhood is when we first begin to develop and express parts of our personality/identity that we may have inherited from our family through genetics and/or through observing the behavior of others.

This is when we really begin to shape and mold the parts of ourselves that drive or motivate who we are, based on the beliefs we hold. This is when we begin to discover and live our own identity through communal interaction and exchange.

By the time we've reached Adulthood (30+ years old), the major drivers and aspects of our personality are formed and typically don't change very often or rapidly unless we’ve experienced some type of major or traumatic event. However, our personality does continue to evolve and grow with us over time and can potentially be much different by the time we reach old age, depending on our life experience.

What Parts of Personality Can We Identify in Ourselves and Others? 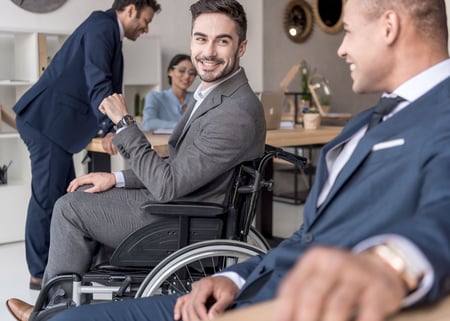 It's important to understand that our personality is made up of both conscious and unconscious aspects of our identity, which can include thoughts, emotions, and belief structures that we’re not even aware of.

We’re not even fully aware of all the parts of our own personality—- we’re just aware of much more of ourselves than others are.

This is because other people can only see the parts of our personality that can be observed or experienced through social interactions. Even then, their impression or understanding of us is based on their knowledge and experiences and seen through the filter of their own beliefs.

“While there is no universally agreed-upon definition of personality, it's most commonly described as an individual's characteristic way of thinking, feeling, and acting.”

Essentially, there’s a lot more to each person than what can be observed on a surface level. Personality is complicated.

Can Personality Be Measured or Quantified?

We can only actually measure parts of personality by observing or assessing recognizable behavioral patterns or trends in cognitive responses and emotional triggers. This is because you can only quantify aspects with repeatable responses.

This doesn’t mean that pursuing those answers isn’t helpful or important; it simply means that you need to go about it correctly.

What’s the Deal with Personality Tests? 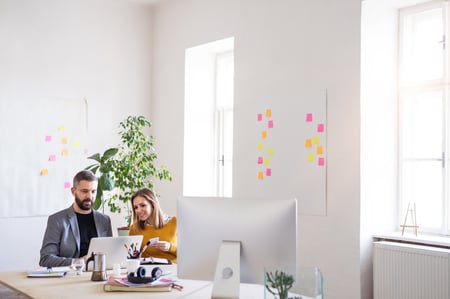 As difficult as it is to quantify specific parts of an individual's personality, it becomes even harder still if you intend to then 'score' or calculate these measurements.

This is because you can only build calculations or scoring methods around patterns and clusters that are also found in other people. In other words, to score or measure an aspect of someone's personality, you are better off using a system of measurement that is also common or regularly recognizable in other people.

For all of these reasons, it’s essentially impossible to measure or observe the majority of someone’s personality. This is where the problem with ‘personality tests’ comes into play— personality cannot be sorted easily into ‘types’, and they don’t always stay fixed over a lifetime.

There’s a wide appeal to have your personality put inside a box and understood in that way, but it’s not what’s most helpful or accurate. People and companies claiming to have "personality tests" are misleading and inaccurate.

Where Do Personality-Based Assessments Come In?

It might not sound too different, but there’s a huge difference between personality tests and personality-based assessments. Tests have correct answers, can be passed or failed, and often shuffle people into a predetermined type as we’ve talked about.

Personality-based assessments measure specific aspects of a person’s personality. Observable behavior and motivators are much easier to assess and score directly and independently. AT TTI SI, we measure behavior, motivation, emotional intelligence, skills, and axiology. These are all contributors to personality, but they cannot encompass an entire personality with the results, even from a multi-science approach. 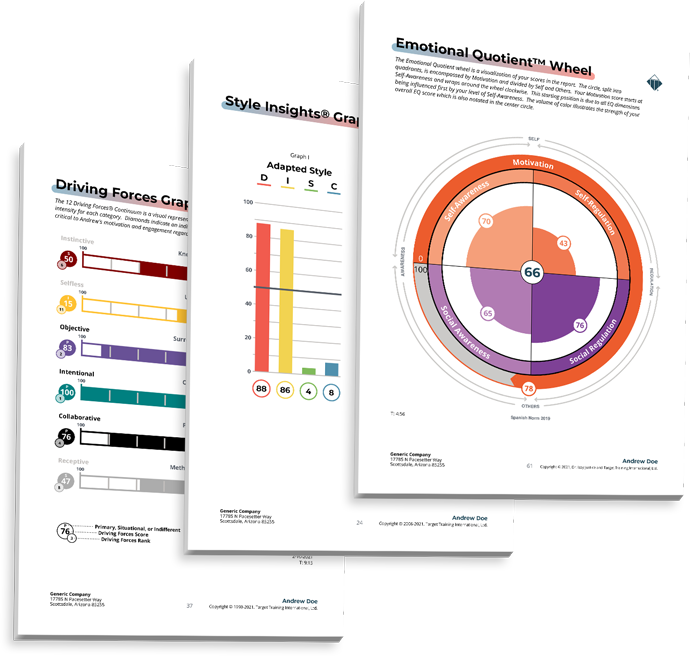 Even assessments that measure aspects that relate to personality don't necessarily include things like education, training, skill sets, or experience.

Since 2005, Dustin has been running TI SI's Brain lab as our Cognitive Behavioral Research Analyst. He provides findings from our cognitive studies to help the research team improve the validity and reliability of our assessments. He enjoys spending time in nature and taking part in triathlons.